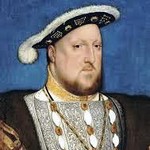 Marrick survived the first round of closures, even though it did belong to the ranks of the smaller houses, with an income below £200 per annum. On 17th November 1540 the King’s commissioners evicted Christabel Cowper, prioress, with sixteen nuns. As scant compensation for loss of home and way of life, the prioress received a pension from the commissioners of one hundred shillings, and the other nuns varying sums down to twenty shillings.

Hilda Prescott’s novel, ‘The Man on a Donkey’, tells the story of Marrick Priory in the days leading up to the seizure by the crown. Miss Prescott modelled her fictitious prioress on Christabel Cowper, born in 1495, the daughter of a Richmond wool merchant.

The Commissioners’ survey showed there were many Yorkshire houses with lesser means in 1537. Marrick had a gross income of £64.18.9 per annum, £48.13.3 net. Of this, approximately one-fifth was distributed as alms: £4.17.9 to the poor at the gate of the priory on Maundy Thursday, nearly £3.0.0 to the poor at other times, and twelve shillings to the weak and sick coming to the priory.

In addition to the rents and dues from their considerable endowment, the scale of wool amounting to eight sacks a year was a regular source of income. Tithes of lead were received, as well as the more general agricultural tithes; a lead tithe of twenty-four shillings is recorded from Hurst.

It can hardly be more than legend, but the guide books delight to relate the fortunes of Isabella Beaufort, a 19 year old beauty and maid of honour to Henry VIII’s first wife, Catherine of Aragon. Isabella is said to have fled to Marrick to escape the king’s amorous attentions. She remained there until the Dissolution, when she was reunited with her true love, Edward Herbert. They married and lived happily ever after in the ‘West Country’.

The central figure in the fate which befell the Priory was Sir John Uvedale, also known as Sir John Woodhall. He had been secretary to another of Henry’s queens, Anne Boleyn, and, at the time of the Dissolution, was secretary of the council of the North, among other royal offices. Almost three years before the nuns actually left, Sir John coveted Marrick and let it be known to Thomas Cromwell, Henry’s Vicar-General. Sir John was personally present for the eviction and, three years later, he received the lease for the site and the demesne lands. This was followed in 1545 by the purchase of the property for £364.0.6. Tax returns show him to have been the most wealthy man in the dale.

Ownership changed again in 1592, when is passed by deed of foefment to Timothy, later Sir Timothy, Hutton of Marske. His son, Matthew, sold the land and tithes in 1633 for £3280 to the Blackburn family of Blackburn Hall, on the river bank alongside Grinton Church.

The priory church, like many of its kind, continued to be used as the place of worship for the parish. Where this did not happen, disused monastic buildings soon became a quarry of ready-dressed stone.

Many of the dales people, like those in other remote areas of the North, were slow to accept the religious changes dictated by the crown. On 30th November 1569, during the Northern Rebellion, Bryan Carter and William Allanson of Arkengarthdale, William Arundell of Healaugh and several other people attacked the mansion house of Alfred Woodhall of Marrick with Swords, spears and bows and arrows. Afterwards, they broke the communion table in the church and robbed and grievously injured the curate, William Pratt, so that his life was despaired of. Amongst the forty-odd from Swaledale who were later punished, William Arundell of Healaugh was fined £2.