The artist JMW Turner visited Marrick Priory in the summer of 1816 on his way from Wensleydale to Richmond.  He was collecting sketches for illustrating ‘A General History of the County of York’ by Thomas Dunham Whitaker, published in December 1822.  The sketch of Marrick Priory is viewed from the east, a view which is now obscured by trees.

The sketch formed the basis of a studio watercolour “Merrick Abbey, Swaledale” (Tochigi Prefectural Museum of Fine Arts, Japan) engraved by J.C. Varrall for Thomas Dunham Whitaker’s ‘History of Richmondshire’, part of the projected seven volume ‘General History of the County of York’.  The engraving and the sketch are shown below.

For copyright reasons we are unable to show the watercolour, but you can find it on the Tate website here. 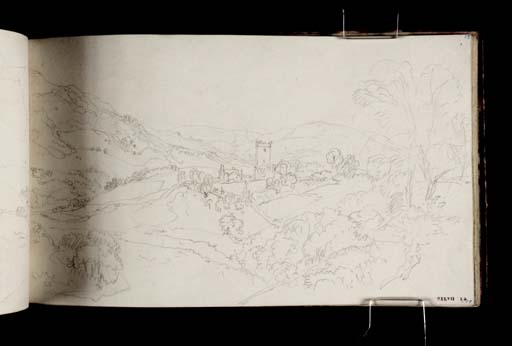 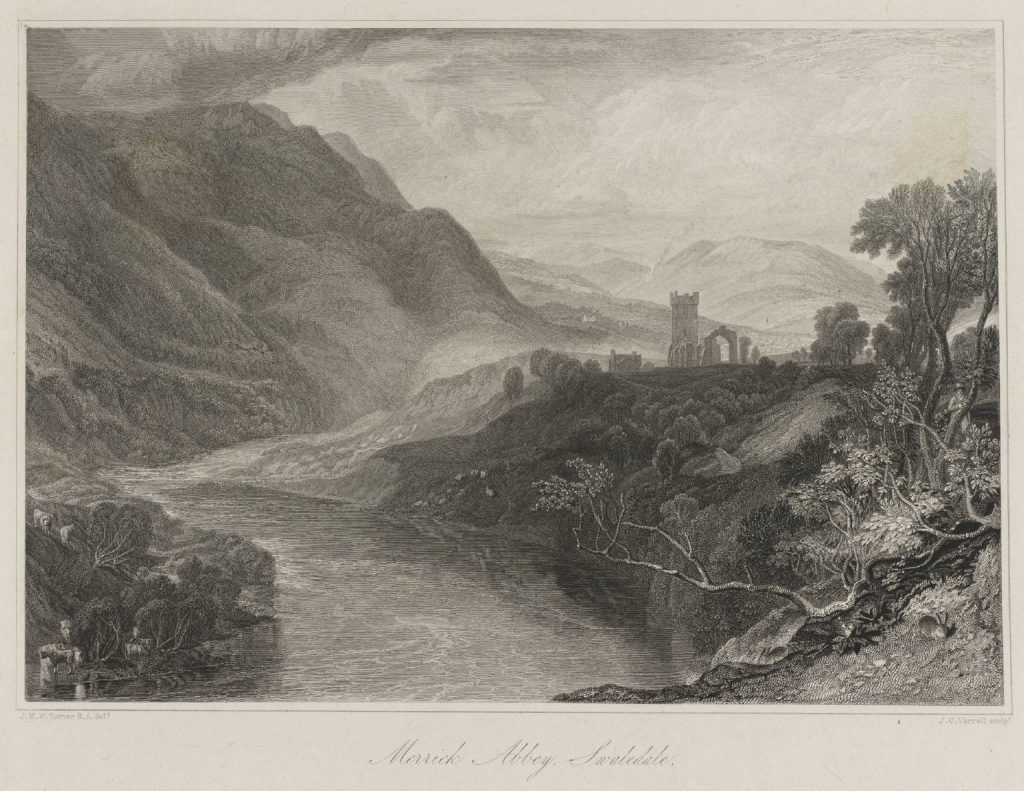 Joseph Mallord William Turner was an English Romantic painter, printmaker and watercolourist.  A child prodigy, Turner studied at the Royal Academy of Arts from 1789, enrolling when he was 14, and exhibited his first work there at 15.  He left behind more than 550 oil paintings, 2,000 watercolours, and 30,000 works on paper. He is today regarded as having elevated landscape painting to an eminence rivalling history painting.  The Tate created the prestigious annual Turner Prize art award in 1984, named in Turner’s honour, and 20 years later the Royal Institute of Painters in Water Colours founded the Winsor & Newton Turner Watercolour Award.  The Bank of England announced that a portrait of Turner will appear on the £20 note beginning in 2020.

The information in the paragraph above was taken from Wikipedia.