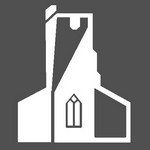 Today’s visitors frequently comment on the beauty of Marrick Priory’s setting in the middle reaches of Swaledale. For those who chose the site in the twelfth century, there were very practical considerations. The place enjoyed the shelter of the valley and offered a level platform of land, high enough above the flood level to be safe from the sudden surges of one of the swiftest rivers in England. Yet, at its normal level, the river could be readily forded and provided power for the corn mill and fish for the table. Good drinking water still flows abundantly from the spring directly up the hillside.

The notice from Roger de Aske to Roger, Archbishop of York, recording the foundation of Marrick Priory is dated between 1154 and 1158. Roger gave the house for nuns following the rule of St. Benedict. With it, they were given the parish Church of Marrick, jointly dedicated to the Virgin Mary and St. Andrew, plus one carucate of land in Marrick and other lands in the locality, totalling four hundred acres. Gifts were received from other barons so that, within a few years, the nuns had holdings at Hurst, Owlands, Ravensworth, Cowton, Marske, Kirkby Fleetham, Richmond and Carperby.

Once established, the Priory became the home of several of Roger de Aske’s own daughters. Most of the nuns would have been from the families of landowners and merchants. Their day was divided by the offices, or times of prayer, beginning with Prime at dawn and continuing through Matins, Lauds, Terce, Sext, None and Vespers to Compline. Each day also included a mass, said by the resident priest, and time spent listening to a portion from the Rule of St Benedict.

The care of the house and the farm was in the hands of the steward and a host of servants, among them porters, milkers, cooks, stable hands and farm workers. The demesne, or home farm, would supply their day-to-day needs and the nuns enjoyed a degree of comfort, supported by the rents as well as gifts from their families. In times when travel was slow and arduous, the hospitality afforded by the Priory was welcome and the nuns, in turn, appreciated the news brought by pedlars and merchants from Richmond and beyond. Each year, the fleeces from the large flocks would have been sold to travelling merchants, sometimes from as far afield as Italy. As a defence against unfair trading, the nuns’ steward would have kept one special ‘stone’, known to weigh 14lbs, to check the measure given by the visiting purchaser. There was only one fleece from each sheep in a year, but the ewes were also valued for their milk, used to make cheese. Ale was home-brewed.

The Stainmore region of Upper Teesdale still holds menace for winter travellers and, in 1171, Ralph, Lord Moulton, gave a hospital, or hostel, at Reycross on Stainmore, together with an endowment, to allow the nuns to maintain a chaplain at a stipend of £4 13s.4d. per annum. Looking ahead three centuries, the nuns were known to have provided the titles for twelve ordinands of the York Diocese in 1476. So, with their extensive lands, the hospice and clerical patronage, the nuns exerted an influence beyond the tiny cloister which once stood between the nave and the present farm house.

In the latter part of the twelfth century, the Egglescliffe family established a house for Cistercian nuns a mile downstream from Marrick. These nuns, white-robed in contrast to the black habits of the Benedictines, followed a more austere rule, a reformed version of St. Benedict’s Order. The marauding Scots completely despoiled and razed Ellerton Priory in 1342, carrying off seven foundation charters. Marrick did not entirely escape the Scottish raids, and it is believed that the dramatic drop in the valuation for papal taxation from £66.12.11 in 1291 to a nil valuation in 1318 reflects the losses suffered in that period.